Updated guidelines for the management of chronic obstructive pulmonary disease (COPD) include both non-pharmacological and pharmacological strategies to reflect the importance of a holistic approach to clinical care for people living with the disease .

Developed by the Lung Foundation Australia and the Thoracic Society of Australia and New Zealand, and published in abstract form in the MJAthe guidelines include 26 recommendations relating to:

“It is estimated that around one in 13 Australians over the age of 40 have chronic obstructive pulmonary disease (COPD),” wrote the authors, led by Associate Professor Eli Dabscheck, respiratory and sleep physician at Alfred Hospital in Melbourne.

Non-drug therapies for COPD include walking and structured exercise, as well as pulmonary rehabilitation to improve shortness of breath, physical performance, physical activity level, and health status. Pharmacological treatments, including short- and long-acting inhaled bronchodilators, inhaled corticosteroids (ICS), and long-acting β-agonists, are evaluated in the guidelines.

Full guidelines are available at https://copdx.org.au/.

TWENTY-one years after the Uniting Sydney Medically Supervised Injecting Center (MSIC) was established, research shows that, rather than becoming a ‘honeypot’, the MSIC has led to improved and sustained public accredita- tion, which which led to a call for the creation of more supervised injection facilities. Associate Professor Carolyn Day, University of Sydney, and colleagues written in the MJA that they had “addressed key questions about [supervised injecting facility (SIF)] operations and maintain that there is sufficient evidence to support the deployment and expansion of SIF”. “Good policy, with clear legislation and careful client management within a harm reduction framework, can and does mitigate problems that may be perceived to be inherent in the operation of these services. Given the strong evidence, current governments, in Australia and elsewhere, should expand SIF services without unnecessary extended trial periods. The main challenge of SIF expansion is supporting legislation. Questions regarding the scientific and operational merit of SIFs have been answered. After 21 years of success, it’s time to build strong support for other services both in Australia and internationally.

Neurological manifestations of COVID-19 in adults and children

An international group of researchers, including Australians, have detailed the differences in neurological manifestations of COVID-19 in adults and children in an article Posted in Brain. Researchers analyzed data from the International Severe Acute Respiratory and Emerging Infection Consortium cohort at 1,507 sites worldwide from January 30, 2020 to May 25, 2021 – 161,239 patients (158,267 adults, 2,972 children) admitted to hospital with COVID-19 and assessed for neurological manifestations and complications were included. “In adults and children, the most common neurological manifestations on admission were fatigue (adults: 37.4%; children: 20.4%), altered consciousness (20.9%; 6 .8%), myalgia (16.9%; 7.6%), dysgeusia (7.4%; 1.9%), anosmia (6.0%; 2.2%) and seizures (1.1% ; 5.2%). In adults, the most common in-hospital neurological complications were stroke (1.5%), seizures (1%) and central nervous system (CNS) infections (0.2%). Each occurred more frequently in [intensive care unit (ICU)] than in non-hospitalized patients. In children, seizures were the only neurological complication to occur more frequently in ICU than in non-ICU (7.1% versus 2.3%, P

Counting steps is important, but faster cadence matters too.

To research Posted in JAMA internal medicine, including authors from the University of Sydney, found that accumulating more steps per day (up to about 10,000) may be associated with a lower risk of all-cause, cancer, and stroke mortality. cardiovascular disease (CVD) and lower incidence of cancer and cardiovascular disease, and that higher stepping intensity may provide additional benefits. The authors analyzed data from 78,500 UK Biobank participants for 2013-2015, including adults aged 40-79. Participants were invited by email to participate in an accelerometer study. Registry-based morbidity and mortality were determined through October 2021. “The study population…was followed for a median of 7 years during which 1325 participants died of cancer and 664 of cardiovascular disease (total deaths 2179). There were 10,245 incident CVD events and 2,813 incident cancer events during the observation period. More daily steps were associated with a lower all-cause risk ([mean rate of change (MRC)], -0.08; 95% CI, -0.11 to -0.06), CVD (MRC, -0.10; 95% CI, -0.15 to -0.06) and cancer mortality (MRC, 95% CI %, -0.11; -0.15 to -0.06) up to approximately 10,000 steps. Similarly, accumulating more daily steps was associated with a lower incidence of disease. The maximum cadence of 30 was consistently associated with lower risks for all outcomes, beyond the benefit of total daily step count,” the authors reported. “Steps performed at a higher cadence may be associated with additional risk reduction, particularly for incident disease.”

Subscribe for free Preview+ weekly newsletter here. It is accessible to all readers, not just licensed physicians. 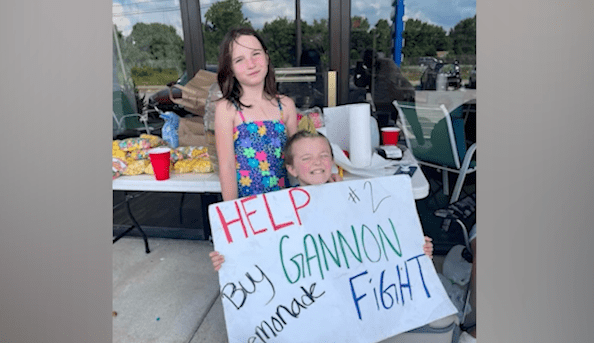